Every now and then, a tug on the fishing line can serve as a gentle reminder of interest when it comes to billion-dollar overtures. And USR Parent, whose holdings include Staples, wanted to make sure that its bait to lure Office Depot’s (ODP) consumer business wasn’t being ignored.

This past week, USR Parent reaffirmed its interest in acquiring the ODP Corporation’s consumer outfit, which includes 1,100 Office Depot and OfficeMax brick-and-mortar operations and its e-commerce holdings, for $1 billion in cash.

The reaffirmation follows the reconstituted offer extended by USR Parent this past June for only the consumer portion. That offer was triggered, in part, by Office Depot’s announced spinoff that will separate its consumer business and B2B operations (which is slated for completion during the first half of 2022).

Framingham, Massachusetts-based Staples made a play for Office Depot’s entire operations back in 2016, but it failed to pass the antitrust test. Office Depot balked at a $2 billion offer in January of this year. At the time, ODP leadership communicated it desired a value-driving strategy that wouldn’t be laden with regulatory risks.

In a release, Staples pointed out that in November 2020, it had filed the necessary government approvals with the Federal Trade Commission to acquire Office Depot and has made “substantial progress responding to the government’s data requests and inquiries in connection therewith. With (ODP’s) full cooperation, Staples is confident that the parties will be able to expeditiously obtain the necessary antitrust approvals for the proposed acquisition of the company’s consumer business.” 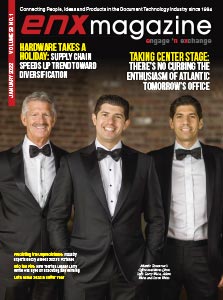