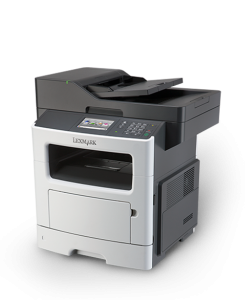 This month in ENX magazine the main feature is “Diversification: A Necessary Business Strategy in a Changing Document Imaging Marketplace.”

Companies such as OKI Data, Epson, Toshiba, and Konica Minolta are touting these devices, which represent another diversification strategy for the document imaging dealer. During a press Q&A at the recent Konica Minolta dealer meeting, when asked if they viewed label printing and packaging as a growth area similar to wide format, Kevin Kern, senior vice president marketing, reports the company absolutely believes there’s a market for these devices based on how rapidly the industrial market is revising their labels and packaging for different promotions or package sizes. “Run lengths are changing and the technology is changing and there are many gaps in the marketplace,” states Kern. “There are lots of niches and openings in those marketplaces and its going to become even more important.”

With more products being sold online, this is also creating opportunities as businesses look to get their products to stand out in a crowded digital market. That’s where label printers for short run applications are likely to have a big impact.  “We see a big opportunity in industrial print in general—that’s a big market—there’s probably 30 or 40 segments of that market we’re looking at,” says Kern.

Wide-format products may not seem much of a stretch when it comes to diversifying, but the reality is not every dealer is selling that technology. Chip Miceli, president of DPOE in Elk Grove Village, IL, considers wide format a credible diversification opportunity.

“If there’s an opportunity for our industry now it’s large format,” he opines. “That’s the next big thing. HP has a product for the BTA channel and I have a meeting this week with Epson who has a product they’re introducing for the BTA channel. I think their timing is right. More people are going in house for large format and that’s recurring revenue. That’s what we live on and what we built our businesses on and as people print less we need something to replace that.”

Another diversification opportunity, albeit one not far removed from the traditional A3 opportunity is A4. To be honest, one might argue that selling A4 isn’t much of a diversification strategy at all since most dealers are doing it whether they like it or not. Still, for those dealers who aren’t convinced about A4, we’re going to include it anyway.

For DPOE A4 is doing A-OK. “We sell a lot of Kyocera A4 and Sharp A4,” reports Miceli. “Believe it or not, the OKI product they made with Toshiba has been very successful all of a sudden. That’s attracted a lot of attention and we’re moving a lot of those.”

A4 currently represents about 35 percent of DPOE’s business. It’s a product category that Miceli feels he had no choice but to embrace. “A3 was going to go away anyway because HP is replacing their printers with A4 product so why don’t we do that?”

At Stargel Office Solutions in Houston the A4 business is on the rise, according to TJ DeBello, vice president of sales and marketing . “We just had a meeting with Lexmark and had over 150 percent growth with them last year.”

He expects this to become a bigger part of Stargel’s product offerings, growing from its current 5-8 percent to 15-20 percent of Stargel’s overall business during the next four years.

A product category related to 3D printing is 3D scanners. Fraser-AIS in West Reading, PA has been focusing on 3D printers for a couple of years now. At press time Fraser-AIS just started carrying the Geomagic 3D scanner. The dealership plans to target the same customers they target with 3D printing.  The product is mostly designed for reverse engineering and scan-based design applications as well as  businesses doing prototyping and developing content. Daniel Fraser, new business development technology for Fraser-AIS, doesn’t expect this technology to be a money maker just yet. “The margins are awful, but it’s a good product for us to sell. Customers may be interested and before you know it we’re proposing a scanner and 3D printer bundled together. It’s just another way for us to get creative with packaging and pricing.”

Since we’re discussing scanners, another area that’s picking up steam at DPOE is high-speed scanners. “That’s something else that fell into our lap,” says Miceli. “We dabbled in it before, servicing them, but now more people are coming to us wanting to buy. That’s recurring revenue with a yearly maintenance contract. At one time you sold them for a couple hundred bucks, now we’re selling them for $8,000-$9,000 because people are scanning more for archiving.”

DPOE carries Canon and Fujitsu scanners although the majority of sales are Canon due in large part to name recognition, according to Miceli.

Even though it’s low on the list of diversification opportunities, don’t hang up on telephone systems just yet. Even though it’s not a significant part of DPOE’s business, love it or leave it, it’s still a part of it even if its sales strategy is a passive one. “We don’t try and find an opportunity, it usually just falls into our lap,” notes Miceli. “And because of our IT business more people are asking us to handle their phones too.”

Despite his lack of enthusiasm about selling telephone systems, he can’t cut the cord. Like Michael Corleone from the Godfather movies every time he thinks he’s out, his sales reps pull him back in with another sale.

Scott Cullen has been writing about the office technology industry since 1986. He can be reached at scott_cullen@verizon.net.