May the FORZA Be with Chip Miceli & DPOE 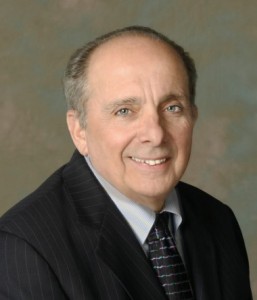 There’s a lot of chatter in certain segments of the document imaging industry about MWA FORZA with SAP Business One. The chatter is poised to become even more intense as more dealers implement this emerging database management platform for the document imaging channel. One dealer with a reputation for staying abreast of what’s happening in the industry is Chip Miceli, president of DPOE in Elk Grove Village, IL. Miceli is sort of like Will Rogers in that he has never met a new solution or product opportunity he didn’t like…to learn more about.

One of those solutions is MWA FORZA with SAP Business One.

With the recent announcement that DPOE had implemented MWA FORZA with SAP Business One we thought it would be interesting to peel back the hype and discover what inspired Miceli to switch to this database management platform.

It’s fair to say that it’s been virtually impossible to attend any industry event in the past couple of years and not find MWA’s Mike Stramaglio preaching the gospel of FORZA SAP Business One during a seminar, while holding court in the MWA booth, or during the evening cocktail hour. Stramaglio clearly found the ideal candidate to give the platform a go when Miceli saw his first demo at MWAi’s second Executive Connection Summit a couple of years ago. There wasn’t a lot of arm twisting or hard selling involved, Miceli was simply dissatisfied with his existing platform and ready to make a change.

“After e-automate was acquired by ECi I felt that ECi had a hold on dealers across the United States because they owned all three of our ERPs,” recalls Miceli. “They really control the ballgame in that respect and when Mike came to me and said he was going to take SAP One and add the service aspect through FORZA I was all in because our industry needs another ERP to be competitive.”

MWAi FORZA SAP One had Miceli at that very first demo.

“My background is in accounting and when I started to play with it, it was like this thing thinks like an accountant, he says. “It gives me a lot of information I couldn’t get out of my last ERP.”

Miceli was well aware what he was getting into once he made the commitment.

“I was going to be the guinea pig and I knew I would be spending a lot of time making this work,” he says. “So far it’s doing what we thought it would do.”

DPOE has been live on the system since July 6 and so far so very good.

He appreciates the program’s dashboard which allows him to see his daily sales and outstanding service calls. “I can see where everything is at, how much people owe me and how much I have in the bank with one click instead of going to four different places to see things,” says Miceli.

The dashboard may have convinced Miceli to make the switch, but he also understood the benefits this platform brings to the various segments of his dealership.

“I thought it could make my management team more successful [because they could] see what’s going on. Another thing I like is that it is all in one. It has a CRM. With my other program I needed a separate CRM program from another company.”

He acknowledges the on-boarding process took a little longer than expected mostly because some components of the system weren’t ready when he first signed on. Fortunately, MWAi did a tremendous job of ensuring that the on-boarding process was as painless as possible and that all the pieces were lined up for a seamless integration.

The biggest challenge of switching from one ERP to another was cleaning out the obsolete information from the old ERP.

“You collect a lot of garbage in 15 years—inactive products, inactive customers—and you don’t want to bring that over into your new ERP because you’ll end up with the same garbage,” emphasizes Miceli.

For the most part, the training within DPOE was a breeze. “We had two people head this up and they attended a lot of seminars beforehand, and when we were ready to go they were ready to train. MWA also provided a trainer for my warehouse staff and a second trainer for the dispatch team along with two people for accounting. Because of Miceli’s previous ERP experience and his accounting background, it only took him 20 minutes to be trained on the new program.

His warehouse and dispatch people picked it up quickly as well. Meanwhile, Miceli and his sales reps are anxiously awaiting the CRM component, which is due sometime August.

Does he have any suggestions for other dealers who might be thinking about switching other than removing the garbage from the old ERP?

“Look at a demonstration and see what it can do for you,” recommends Miceli. “Some people aren’t going to like the changes. If they had OMD for the last 50 years it’s different. FORZA SAP Business One is all brand new technology, which is the way things work today.”

Scott Cullen has been writing about the office technology industry since 1986. He can be reached at scott_cullen@verizon.net.