As 2016 comes to a close, it’s time to reflect on the top stories of the year in the document imaging industry. And it was an eventful year, with mergers and acquisitions (M&A) dominating the news. Whether it’s at the OEM, supplier, or reseller level, M&A always has a significant impact on the dealer channel.

“It’s the year of the acquisition,” said Andy Slawetsky, president of research firm Industry Analysts. “No company is too large or too small as we’ve seen over 60 dealers acquired or merged in the last year. It’s not slowing down. The story is no different at the OEM level. It’s an exciting time in the imaging industry.”

We chose the following 10 events based on our subjective view of their importance to the dealer channel. We also consulted with other industry observers for their opinions, and in particular we want to thank Andy Slawetsky of Industry Analysts, Steve Weedon of Cartridge World, Keith Kmetz of IDC, and Brian Bissett of the MFP Report. We welcome your thoughts on our selections, so please comment on our website or send us email.

Xerox Announces It Will Split into Two Companies. In response to investor calls to split the company, Xerox announced just that in January. The actual split will take place by the end of the year. Its $11 billion document technology business will continue to be called Xerox and its products will retain that brand. Business services, a $7 billion business for Xerox, will go under a new entity called Conduent. The split is an end to Xerox’s attempt to sell business services alongside printers and copiers. It’s too early to know how the split will affect the channel. Presumably, significant expected cost savings will help keep pricing competitive.

Foxconn Buys Sharp Corp. After much speculation and back-and-forth on the price, Sharp agreed to sell about 67 percent of its shares to Taiwan’s Foxconn for $3.8 billion in late March, best known as a contract manufacturer of Apple products, Foxconn seems to have had the most interest in Sharp’s screen technology. However, Sharp has also made statements that the acquisition will allow it to make investments in its Business Solutions Company, which is responsible for the printer products. Much of that investment will be to expand the MFP sales distribution. It’s unclear what Foxconn’s long-term plans are for Sharp’s printer business, but if the new investment does not pay off, it’s fair to think Foxconn might divest itself of the line.

Apex Technology Acquires Lexmark. In April, Lexmark agreed to be acquired by China’s Apex Technology, PAG Asia Capital, and Legend Capital for $3.6 billion. This marks the first time an aftermarket imaging supplies manufacturer has bought a printer OEM. One of the largest third-party consumables manufacturers, Ninestar Image Tech, is a major shareholder of Apex. According to Lexmark’s 8-K filing form, Lexmark would become a wholly owned subsidiary of Ninestar.

“The Chinese think big and for the long term,” said Steve Weedon, global CEO at Cartridge World. “Another Lenovo-type success is a real possibility. One day after the Apex/Lexmark announcement, Lenovo discussed arrangements with Lexmark to sell Lexmark printers. Coincidence? No. Legend Capital owns a 30.6 percent stake in Lenovo and is also a consortium member for the Apex/ Lexmark acquisition. This whole scenario has already been mapped out and will change the Hardcopy peripherals marketplace as we know it. This deal has powerful potential.”
The deal gives Lexmark access to Apex’s manufacturing capabilities for hardware and consumables. It might also give Apex access to Lexmark’s channel for its Pantum line of laser printers.

HP Acquires Samsung’s Print Group. On September 12, HP announced it would purchase Samsung’s printer unit for $1.05 billion, the largest printer-related acquisition in HP’s history. The move gave HP an immediate presence in the A3 copier market, not to mention a large patent portfolio and R&D assets. HP expects to continue the Samsung brand for two years. At that point, the Samsung line will be integrated into HP’s channel under HP’s brand. The acquisition is part of a larger strategy for HP to become a major A3 player. To be successful, the company has to overcome channel and customer skepticism resulting from earlier failed attempts, and perceived product issues with the Samsung line.

“This was the year’s best-kept secret,” said Weedon. “It certainly shakes the tree and raises many questions about the ongoing HP/Canon relationship, but does position the newly split HP company well with an exciting new focus on the A3 hardcopy and machine business. The main question for me is will HP be able to pull it off. HP’s track record of big acquisitions does not look particularly good.” Weedon predicts that HP will use Samsung patents against aftermarket infringers in 2017.

HP Enters A3 Market with 16 New Units. Also in September, HP announced A3 additions to its LaserJet and PageWide lines. The company is hoping that its use of proven technology to reduce cost of ownership (and lower service cost for the channel) will attract both customers and resellers. Of particular interest is its use of PageWide inkjet technology in a line of high-performance color printers with a low cost per print. Again, the channel still feels burned by HP’s earlier attempts at the A3 market, but most dealers we spoke with are taking a wait-and-see attitude.

Ingram Micro Sells to HNA Tianjin Tianhai Investment Company of China. The Chinese continue to buy their way into all aspects of the global IT market, including hardware, software, channel, and supply chain. “Ingram Micro proudly claims to have access to 80 percent of the world’s IT spend,” said Weedon. “It has a big, big B2B business selling printers, scanners, consumables, and much more. This acquisition opens a lot of doors for Chinese suppliers to Western consumers.” Weedon sees this and other deals as a response to Chinese President Xi Jinpin’s “go global” message. He expects “more of the same” in 2017.

Increased M&A activity among dealers. If your core business has stalled or is declining, one way to grow is to buy a competitor that expands your offerings or territory. If you see yourself poorly positioned to grow or acquire, then seeking a buyer may be a reasonable exit strategy. In 2016, we saw numerous dealers as either buyers or sellers. We touch on a few of the more notable transactions.

Marco, which itself was acquired by private equity firm Northwest Equity Partners in 2015, used its cash influx to go on a shopping spree this year, acquiring Infinity Technology, Data Comm, Nexus Office Systems, Paragon Solutions Group, and Document and Network Technologies. This greatly expanded both Marco’s offerings and geographic reach. At this pace, Marco may become the first billion-dollar dealership.

Pacific Office Automation got bigger with its purchase of Northwest Office Technologies, giving it a stronger presence in Washington state and Idaho.

Visual Edge Technology is another dealer that expanded greatly during 2016. Acquisitions included Axion Business Technologies, which gave Visual Edge a base in New England; LEXnet, which serves central Kentucky; and most recently Premier Business Products, which strengthened Visual Edge’s presence in Michigan. These acquisitions not only added to Visual Edge’s geographic coverage, it added to or strengthened its product and service offerings.

Continued Revenue Declines. Anyone paying attention to financial results knows that hardware OEMs have had a terrible 2016. “Is this a blip, or the beginning of an accelerated decline in the business?” asks Brian Bissett, editor of The MFP Report. Much of the decline is the result of slower sales at the low end, and there are positive signs for color units and production systems. The question is, which OEMs will find the right product mix to best meet current market demands, and which will continue to struggle? The latter may eventually be forced to consider options such as a sale or merger.

The Success of Production Systems in the Channel. If you read through the Elite Dealer listings in this issue, you will see that many dealers cite production printers as one of their fastest growing areas. Trends toward smaller, more customized runs in both manufacturing and commercial printing are creating demand for label printers and production print systems. Margins are good, and recurring revenue for consumables and media are even better. We expect that production systems will become an even bigger part of dealers’ businesses in the coming year.

OEMs seek new, complementary lines of business to boost revenue and profit. This is a trend that has been going on awhile—more OEMs introducing label printers or HP entering the 3D printer market, for example. However, 2016 has seen an increased emphasis on building new product lines among OEMs. “We expect the OEMs to continue to seek adjacent markets that may or may not lead to print behavior,” said Kmetz. “3D printing is an obvious extension, but there’s quite a number of visual technologies that these vendors may also participate in as part of a broader business communications evolution. Think digital signage, collaborative technologies, or label and packaging with digital technology. We expect print-oriented vendors and channel partners to explore these opportunities for greater green.” 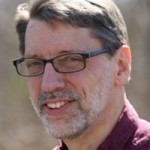 Michael Nadeau is a contributing editor for ENX Magazine.