There was once a time when Jason Habbal wondered what he had gotten himself into.

The son of Fred Habbal, owner of Vision Office Systems in Charlotte, North Carolina, Jason had graduated from Western Carolina University, where he had also worked in the school’s IT department, providing helpdesk support for faculty and staff. He liked the work, loved living in the mountains and didn’t relish the thought of returning to the city. But he also wanted to give the family business a shot, so he joined the firm’s sales department.

It didn’t take long for Habbal to develop an appreciation for how tough the life of a sales rep could be—the cold calling/prospecting, knocking on doors and the string of “we’re not looking to buy right now” responses…that is, when the prospects did respond. His pipeline was empty and the frustrations were mounting.

“I was still very green and really had no clue what I was doing other than talking to people,” he recalled of the shaky beginnings more than 15 years ago. “I was just about ready to stop the madness and figure out what else to do for a living.”

But along came that first “big” takedown. A prospect was interested in one of Vision’s used machines, and he used an eBay listing of a similar model as leverage when Habbal quoted him a price. At that point, Habbal wasn’t well-versed in the art of value selling, so he matched the eBay price and earned about $150 for the sale.

The commission was far less as important than the feeling of success. “It felt like I had just made $1,500,” said Habbal, a 2021 ENX Magazine Difference Maker. “(The client) had a problem he needed to address, and I was able to do that. From that moment, I was absolutely hooked.”

Now the vice president at Vision Office Systems, Habbal has graduated to be a more sophisticated seller, but he still borrows the same enthusiasm and excitement he gleaned from that initial sale. These days, he’s more focused on enabling the success of Vision’s sales department. That calls on the executive to bring his “A” game to the office on a daily basis.

“I am extremely competitive and I try to instill in everyone a take-no-prisoners approach,” he said. “I want us to win every deal we are in, and seeing their success keeps me going.”

Habbal has certainly had his share of mentors along the way, not the least of which is his father, who continues to impart nuggets of wisdom from his 40 years in the industry. He’s formed a true friendship with salesman and longtime industry guru Art Post, who has provided Habbal valued perspective for the better part of a decade. And when Vision went down the path of creating its own leasing company, A.J. Baggott of RJ Young invested hours of his time and guidance to help make it a reality.

The past two years have also delivered their share of learning moments, but what struck Habbal the most during this period was the incredible resiliency demonstrated by Vision’s team members. The dealer lost clicks, which was par for the 2020 course. But hardware sales were up, and Habbal’s team immersed itself in learning more about technologies such as wide-format printing and temperature-scanning kiosks.

“I was really proud of how our team pivoted frequently with trying to sell during COVID,” he said. “I don’t think they realize how much I appreciated their hard work in such a tough year.”

Vision Office Systems is looking for a strong finish to 2021, and Habbal noted new initiatives related to the dealer’s online presence, along with a strong inbound lead program that is quickly taking shape. As these plans are rolled out in the coming months, he will also seek to grow Vision’s leasing portfolio.

Habbal is setting the stage to make these growth goals a reality. “I am continually learning and trying to think ahead of the curve,” he said. “We have typically always been a reactive company to ideas, changes, etc. I am trying to be proactive on things and be on the forefront of new ideas and products.”

Away from the office, Habbal follows the work hard, play hard mentality. He and his wife of 11 years, Malea, have three children—Addison, 9, plus Delaney and Landon, their 6-year-old twins. Habbal still enjoys the mountains, relaxing on the lake, golfing and heading out every weekend with the family. He also supports a number of charitable organizations and is a proud member of the Western Carolina University alumni board. 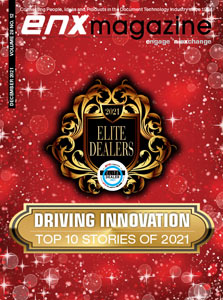