Few terms are sexier in today’s business world than “organic growth.” Likewise, few others are harder to achieve. This holds true in today’s office technology dealership channel, where the stagnating demand for MFPs and copiers has pushed dealers toward managed print and IT. Not to mention, it has coaxed dealership owners to consider other alternatives to attaining top- and bottom-line margin growth, not the least of which is entering the merger and acquisition fray.

Naturally, as the economic landscape has provided favorable conditions for owners to consider selling—with higher EBITDA multiples, available equity and lower interest rates—the competition level has ramped up among buyers. Obtaining dealers in which the owner is reaching retirement age and doesn’t have progeny to take the wheel is no longer the chief selling persona. Not all sellers are looking to cash out and buy a retirement villa in the Caribbean. And not all dealership owners are looking to stand down once the sale has been completed.

But there’s one common denominator that is virtually universal. It’s the realization that a dealership cannot survive for the long haul without an infusion of investment that can enable it to expand on products and services such as the aforementioned managed services.

It is in this vein that San Francisco-based private equity firm Oval Partners and Flex Technologies Group have crafted a strategy that is singularly unique in our industry. And with no lack of competition in the M&A space—from smaller geographically matched companies leveraging economies of scale to larger entities rolling up dealerships at a prodigious pace—Oval Partners employs a hybrid M&A solution that, in its first 30 months of existence, has attracted nine dealerships into the fold. 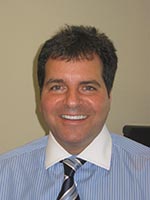 Oval Partners was founded by two senior partners at Golden Gate Capital on an evergreen basis so that founders are not forced to exit prematurely based on typical shorter private equity timeframes. Instead, Oval works with founders to build value over a longer timeframe. 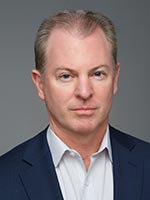 What sets Oval Partners apart from other M&A players is that in addition to providing an outlet for owners who are looking to sell, its deals are structured so that owners can stay at the helm of their business and can reinvest in the Flex Technology Group holding company. Here’s how it works: Oval Partners facilitates the purchase of the company, allowing the former owner to cash out. At the same time, the owner can then reinvest a portion of the sales proceeds, pretax, back into the Flex Technology Group holding company. The seller then becomes a shareholder within the group, owning a percentage of the overall pie, according to Dan Ruhl, a partner with Oval Partners.

“With us, business owners have the opportunity to get some liquidity and reinvest the pre-tax proceeds back into our holding company,” he said. “The piece they take out is taxed to capital gains, but the piece reinvested with us is pretax. That way, the owner benefits from synergies, purchasing leverage and higher exit multiple when the business is sold in the future. We have owners who have reinvested up to 50 percent of their pretax proceeds back into our holding company.”

Gaspari and Ruhl point out that many of the owners under the Flex Technology Group weren’t necessarily looking to sell their companies. But they saw a golden opportunity to take away a portion of the equity they earned through their businesses over the years while augmenting their earning power and setting their firms up to flourish in the future, backed by the collective strength of the holding company.

“The combination of the reinvestment option, coupled with the company retaining its identity following the transaction, together make the option unique,” Gaspari said. “Since we’re at the beginning of the consolidation process, it’s a very attractive time for those business owners to consider a reinvestment option with us. In fact, the business owners who have reinvested in our initial platform have close to tripled the value of their stock over the last two years in being with us.”

FlexPrint, a managed print services provider, set the tone for the onset of Oval Partners’ strategy. According to Ruhl, Oval Partners was intrigued by the potential offered by the dealer channel, its fragmented nature and the potential to bring together strong businesses that can benefit from the economies of scale and other strengths offered by a single, large organization. The contractual nature of MPS and the copier dealer channel, and a lack of customer concentration, also appealed to Oval Partners, as did high customer-retention rates. These cash flows generated over time have much lower volatility than most other industry sectors, Ruhl maintains.

Business owners have the opportunity to get some liquidity and reinvest the pre-tax proceeds back into our holding company.The piece they take out is taxed to capital gains, but the piece reinvested with us is pretax.

“These businesses are not growing quickly, but the opportunity to bring them together and be able to invest in bringing additional products and services to the customer base as technology continues to change within the industry definitely exists, and it’s easier to make those investments as a larger company than it is as a one-dealer branch,” he noted.

In assessing a potential addition to the holding company, Oval Partners and Flex Technology Group seek to enter a new geography with an anchor dealership with $20 million or more in annual revenue. Dealers added to an existing footprint generally have $5 million or more in revenue, but smaller firms that make sense from an integration standpoint are also considered. While all current dealers in the chain are U.S.-based, Gaspari and Ruhl pointed out that Canadian-based firms are also being considered.

Evaluating more than 100 dealerships per year, Oval Partners closes five deals, on average. Many of the candidates are filtered out early in the process, as they are not cultural or financial fits, or perhaps the prospective seller decides a different solution would be more ideal.

The initial conversation is generally done by Ruhl. Many of the deals are sourced through the internal network of business owners. Those that get past the initial screen possess the aforementioned qualities, such as contractual work, high customer retention and growth. (For MPS businesses, a high percentage of transactional toner sales is usually a red flag, according to Gaspari.) Oval Partners meets with the holding company members on a quarterly basis to discuss prospects that are under consideration. Should a member company feel strongly that a given company is not a good fit for the organization, that candidate is eliminated.

Since we’re at the beginning of the consolidation process, it’s a very attractive time for those business owners to consider a reinvestment
option with us.

The next step entails Gaspari and Ruhl meeting with the business owner, followed by a request for additional information. Once those hurdles have been cleared, Oval Partners and Flex Technology Group will draw up a letter of intent that includes the valuation and other pertinent deal variables. Once agreed upon, and the financial and legal due diligence are completed, Oval Partners and Flex Technology Group will issue the financials and documents for reinvesting in the holding company. While all additions to the holding company have reinvested between 10 and 50 percent of their sales proceeds, it is not mandatory.

As new members of the holding company, their performance metrics are analyzed to determine enhancement opportunities. They evaluate each business’ service, consumables and equipment sales margins and benchmark each area. Companies at the low end of any category are paired to work with companies that have a strength in that discipline.

“We bring those best practices across all of our businesses so those companies that might be at lower service margins today are improved over the quarters to come,” Gaspari said. “We move everybody to that most efficient services margin in the business.”

The partners at Oval Partners have replicated their M&A formula across multiple industries. Unlike most private equity firms, Oval encourages its owners to invest in the holding company and benefit from the synergies, purchasing leverage and higher valuations. One of the critical factors that sometimes gets lost in the conversation is the notion that each investor owns a piece of the entire holding company’s members firms, not a percentage of just their firm.

“We bring our relationships, our track record with equity capital and with lenders to further invest in their organic growth, but also in future acquisitions,” Ruhl said. “We value the leadership and the management teams of the businesses that we bring in. As a result, very little changes after we bring in a new partner, unless the management team or new partner wants those changes to occur.

“We believe we bring the business owner the ability to have some liquidity today, and to make more money in the future than they could on their own. We invest in organic growth and acquisitions, and the company keeps its name, culture and heritage. We also stand out from other investors because our capital is permanent. Unlike a traditional private equity firm, where they have to return that capital to shareholders, we’re unconstrained in the terms of how long we can hold this business. That means we can continue to compound our investments for our entrepreneurs over a longer timeframe, making more money for them and for us down the road. We exit when we want to exit.”

Gaspari and Ruhl predict that barring unforeseen variables that would impact the economy, the onslaught of M&A activity will continue to build during the next two years as dealers seek to remain competitive by joining larger, well-fortified organizations that are positioned to make the necessary investments to grow. Oval Partners has used traditional networking to grow awareness among companies seeking an alternative to conventional business sales, which has enabled Flex Technology Group to surpass the $230 million mark in annual revenue.

While Oval Partners has a goal of growing 5 to 10 percent per year organically, its acquisition plan of $100 million per year is quite a bit more aggressive. Gaspari and Ruhl also held out the possibility of acquiring a company with $100 million in annual revenues.

“While we’re still early in the process, now is a good time to get in,” Ruhl said. “The time to maximize the reinvestment potential is early on in the consolidation. Our initial investors in the platform have nearly tripled their investment. Once we get somebody’s attention and put these numbers up on a white board, more often than not, an owner is going to move forward with us.”