Mr. Kidd endured three separate cancer diagnoses during his life, ultimately shedding the disease prior to becoming diagnosed with ALS in December of 2021. He launched an NGU (never give up) campaign as a show of spirit in the face of an affliction that has a mean two- to five-year survival rate, according to ALS.org.

Despite the debilitation, which eventually robbed Mr. Kidd of his ability to walk and talk, he remained in his role with the company. “I knew Mike for over 30 years, and it was very difficult to watch how quickly the disease took over,” Hulett said. “We just could not turn our back on him and guaranteed him that his job was secure as long as he felt he was up to it.”

An industry veteran of more than 42 years, Mr. Kidd previously spent 14 years with Konica Minolta Business Solutions. He then assumed the general manager role with McShane’s, a position he held for more than 12 years, before joining U.S. Business Systems as general manager in 2014. He was elevated to president and CEO in January 2016.

“Michael was a giver versus a taker, and I’m sure that’s what allowed him to ascend the ranks during his career,” Rickey said in nominating Mr. Kidd. “…we’ve remained good friends, and my respect for him has continued to grow over the years.”

An ardent softball player, Mr. Kidd earned the nickname “Big Daddy” for his prodigious home run power; he used a bat inscribed with the moniker. The giving spirit Rickey alluded to was evidenced by Mr. Kidd’s support and participation in organizations such as the Boys & Girls Club and the Boy Scouts of America.

He is survived by his wife of 40 years, Georgette (“Peach”); the couple celebrated their milestone anniversary in June. He has four children (Bradley, Timothy, Daniel and Kellie) as well as four grandchildren and two sisters. Memorial contributions in Mr. Kidd’s name may be made to the ALS Association-Indiana Chapter at 9449 Priority Way West Drive, Suite 130 Indianapolis, Indiana, 46240. 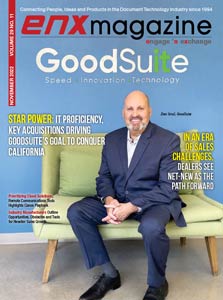