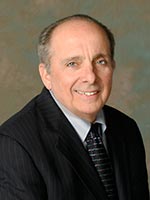 For a man who has quite the storied past in the office technology industry, Chip Miceli remains extremely busy contemplating the future. The president of Des Plaines, IL-based Des Plaines Office Equipment (DPOE) isn’t one to rest on his laurels; in fact, he’s determined to make his company an ideal landing spot for youngsters who are just breaking into the industry.

“I’m something of a visionary…I think I can see the future sometimes and know where the industry’s going,” said Miceli, a 2018 ENX Magazine Difference Maker. “That’s what makes me effective. I like watching people learn things and I like to hire younger people so that we can teach them.

It’s not hard to see why Miceli is enjoying himself. It’s been about a year since he acquired Kramer & Leonard, a furniture and office supplies specialist, which was merged with McShane’s (another DPOE holding) to create Kramer Leonard McShane’s. And in the interest to create a more forward-looking name, the company is planning a rebrand to kick off the New Year, and by the end of 2019, all of the units will fly under the Pulse Technology flag.

Miceli created a committee to come up with a new go-to-market brand. It conjures the sentiment of having one’s finger on the pulse of the industry, which is certainly his passion.

“We changed it because we were tired of all the names being there,” Miceli said. “McShane’s was a 95-year-old company and Kramer & Leonard had been around for 35 years; they have a lot of people who know them. But it was hard giving up the name without customers understanding us more. That’s why we decided to come up with one name.”

Miceli has been a fixture at DPOE since 1972 when he joined the company (founded by his father, Vince, in 1955) following a two-year stint as an accountant for a Fortune 500 firm. He loves working with clients, particularly when he can identify a pain point and provide a solution. Taking care of the customer was an edict passed down from his father, a mantra he continued to follow after purchasing the company in 1988.

For Miceli, every day is an opportunity to learn something new. “I try to take something away from everything people try to teach me,” he said. “Every night before I go to sleep, my goal is to have learned something new during the course of the day. And you have to continue learning if you want to keep yourself in the game today.” 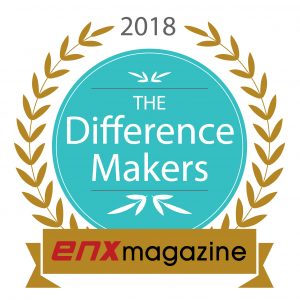 Miceli isn’t shy about sharing his knowledge, either. He founded the Select Dealer Group national trade association, where he is a past president and member of its board. Miceli also sits on the Sharp Document Solutions of America’s Dealers Advisory Board, along with the board of International Business Products, a buying group that focuses on document-generation equipment.

DPOE is coming off a year in which it cracked the Inc. 5000 list of fastest-growing companies. Miceli is determined to learn more about the office supply business and take the former Kramer & Leonard operation to a higher echelon of performance.

“It’s like I’m starting in a new area that I don’t know much about,” he said of office supplies. “But I think I have a good plan to grow their revenue and profitability.”

Miceli and his wife, Terry, have five children and three grandchildren. In addition to spending as much time with them as possible, he enjoys vacationing in Italy’s Tuscany region.