For the second year in a row, it appears an HP firmware update is blocking the use of non-HP ink cartridges on more than 30 of its OfficeJet series devices.

The Sept. 13 firmware update appears to block non-HP cartridges with the following error message: “One or more cartridges appear to be damaged. Remove them and replace with new cartridges.”

Several websites, including The Recycler and Wirth Consulting, reported that an HP firmware update from exactly one year ago produced the same problem for users of the OfficeJet series. While HP issued an apology to customers, the company cautioned it “will block non-HP cartridges again in the future,” The Recycler reported.

Consumers who are blocked from using third-party cartridges can download the new firmware from HP’s support page to resolve their issues. The support page notes: “If you see a Cartridge Problem error message when you are using non-HP cartridges, it is possible that a dynamic security feature has caused the printer to reject the non-HP cartridge. It is also possible that the cartridge has simply failed for other reasons.”

The other stipulations cited by HP include the use of an aftermarket supply that contains a non-HP security chip (this may be a refilled or remanufactured HP cartridge with a non-HP chip). Only cartridges that lack HP’s security chip are affected. Error messages beyond the aforementioned cartridge error problem are not impacted or remedied by the HP solution. 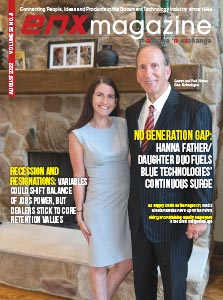